Remembering Another China in Kunming

Last weekend I headed out for a rock climbing session with some locals and expats.  First I had to cross town, and while doing so I came across an old man doing water calligraphy by Green Lake.  I love the transience of this art: the beginning of the poem is starting to fade by the time he reaches the end. 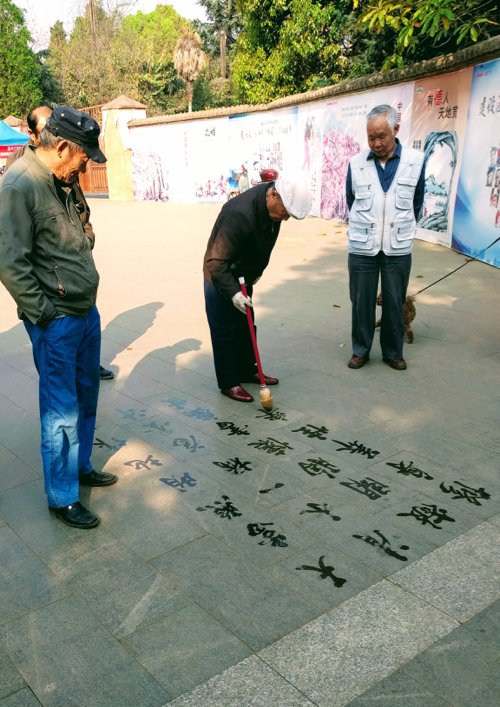 After getting out to a wooded valley north-west of the city we walked through a forest of pine trees, towards a tall face of karst limestone. 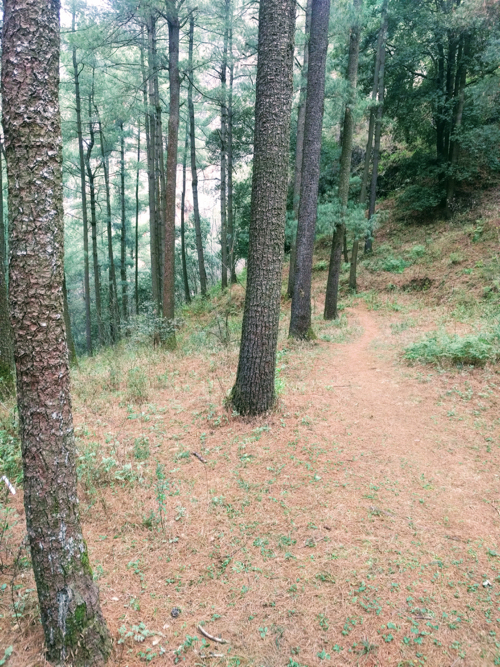 To be honest I was more interested in the ecosystem around me than the vertical monkey business.  This red-flowering tree was growing in the understorey of the pines, especially towards the edge of the forest where there was more light coming down. 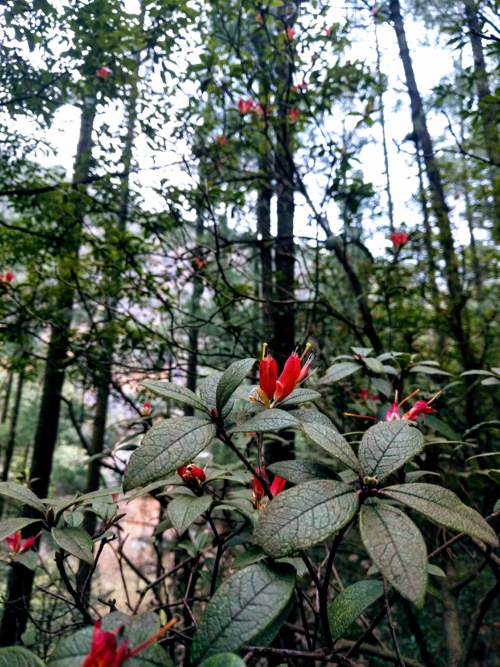 My Bosnian friend Hanna stops and enjoys the quiet of the place after a too long immersion in the city. 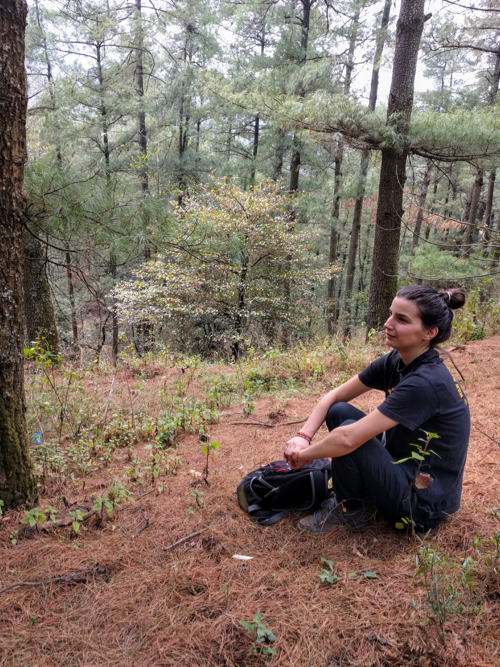 We climbed up to the top of the steep hill beyond the rock face, and half way up looked down on the valley… 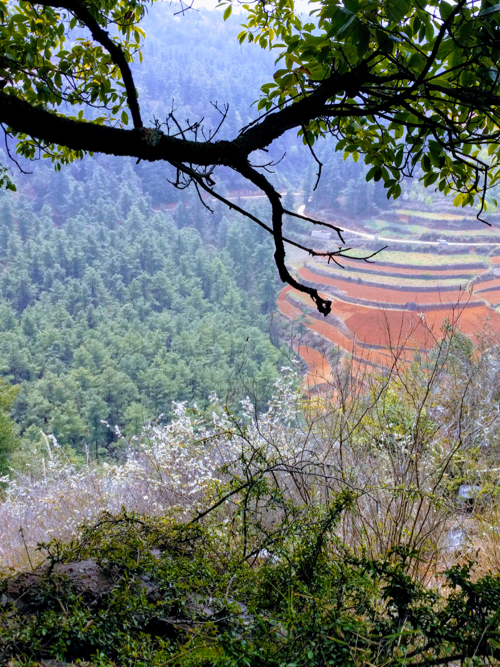 As we climbed up to the ridge behind the cliffs, several hundred metres, we passed through maple and oak and looked down on a sea of hazy ridges and hills covered in forest off to the west.  I felt free of the city.

You can see what kind of rock it is here – its similar to the stuff you find all the way down in the south of Thailand – karst limestone. 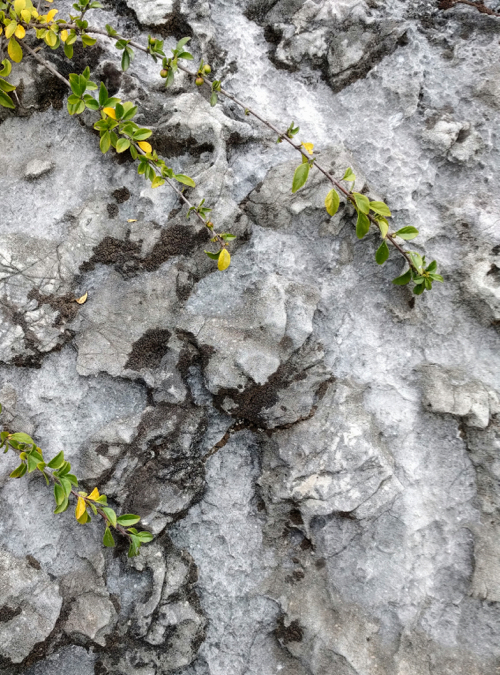 Which makes me think of Auden strangely enough…

Mark these rounded slopes
With their surface fragrance of thyme and, beneath,
A secret system of caves and conduits; hear the springs
That spurt out everywhere with a chuckle,
Each filling a private pool for its fish and carving
Its own little ravine whose cliffs entertain
The butterfly and the lizard; examine this region
Of short distances and definite places

This week I’ve been back trying to teach critical thinking and academic skills to Chinese undergraduates.  Yesterday, after class, I needed a break.  I’d spotted an area of green vegetation to the east of a mountain near my campus on satellite imagery soon after arriving in China. I and a friend took a scooter taxi – and 20 minutes later we were up a valley, away from the new Babylon of semi-empty highrises and highways, and amongst trees and bird song.  So good to flee Modern Development, and in just an airy few minutes on the back of a motorbike find ourselves along the wooded banks of a large water body, with the bushes and acacias and trees full of blossom. There is another China, one that is not a product of human culture, and I could hear it in the voices of unknown birds around me in the evening sunshine. 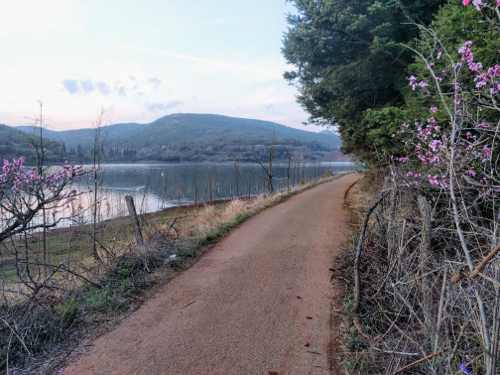