Impressions of Jerusalem and Tel Aviv 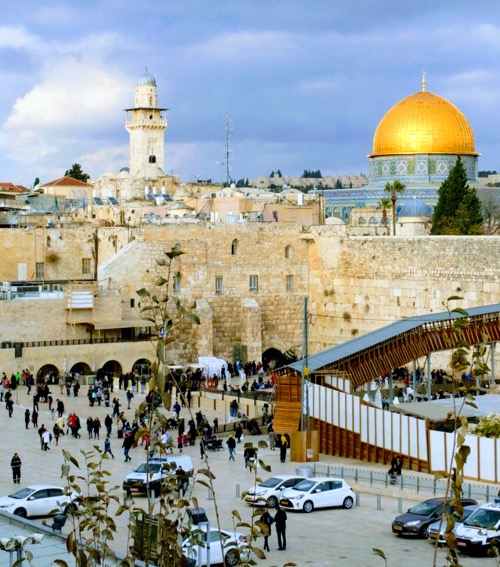 Arriving in Israel… Coming over the border from Jordan it was forbidding and stern – as though I was passing through a highly militarised zone, which indeed I was. Machine gun towers, arid, blasted dune landscape, and endless security checks and waiting about.

Then I was in the West Bank. The first thing I noticed was a woman working, alongside my bus, with her hair uncovered. It was a shock after not seeing women working in public places for weeks in South Asia and the Middle East. We rolled onwards. I saw the big concrete wall they have built to ring around the West Bank, and then I was in Jerusalem. The roads appeared better designed, and the traffic was more organised. Fewer people beeped their horn. Walking down the street in Jerusalem, outside the old city walls, I was surrounded by people walking along the pavement (yes there actually was proper pavement) and half of them were female – the shocks continued. People were smiling more as they talked, again a noticeable difference after the stern countenance and gruff utterances of male-dominated Jordan.  A new and stream-lined tram slid along metallic tracks, full of passengers. I had braced myself for rude behaviour judging from past personal experiences of Israeli travellers in Asia, but as I walked out onto a zebra crossing the cars actually stopped for me and waited for me to cross.

People were stylishly dressed, good looking and often young. I didn’t see any shady or menacing characters.  The buildings were not concrete boxes, many unfinished or dilapidated, as in central Amman, but many quite attractive. Walking up a street along the tram line I realised the entire wide street I was walking along was given over exclusively to pedestrians. This created a convivial and relaxed atmosphere to the street.

Walking into a shop I buy a SIM card. Having bought SIM cards in a few different countries the procedure turns out to be an interesting – if superficial – comparison point between nations. Here the procedure was done in fluent English and over in minutes, in an attractive and well-lit setting, however also more expensive than Sri Lanka (where I’d gestured in a chaotic and dimly lit nook in the wall and paid a quarter of the price). I checked the price of a meal in an average looking eatery as I walked – 50 shekels – $18 AU. Not far off Australian prices (which are astronomically over-inflated from my perspective). I walked around Jerusalem’s old city and found myself bobbing on a sea of Jewish-American tourists down charming old stone alleys.  Some of these alleys lead to souks (markets) selling vastly over-priced tourist trash.

Zion Gate is one of several old gates into this walled city. 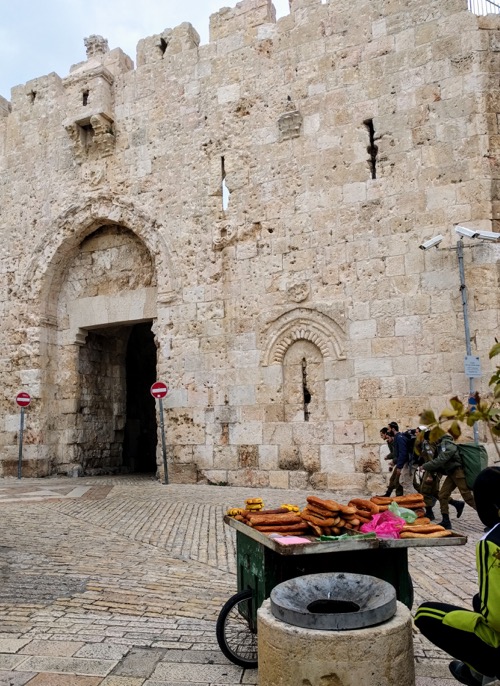 The old city of Jerusalem is beautiful and human scale – and clearly has been very well preserved by past generations. I walked into the Armenian cathedral of St. George, and heard an afternoon service.  The deep male voices joined together in a chorus that was both haunting and beautiful.  I lent back in my seat, looked up at the pendant incense holders and ancient paintings, and felt happy to have come to this city. 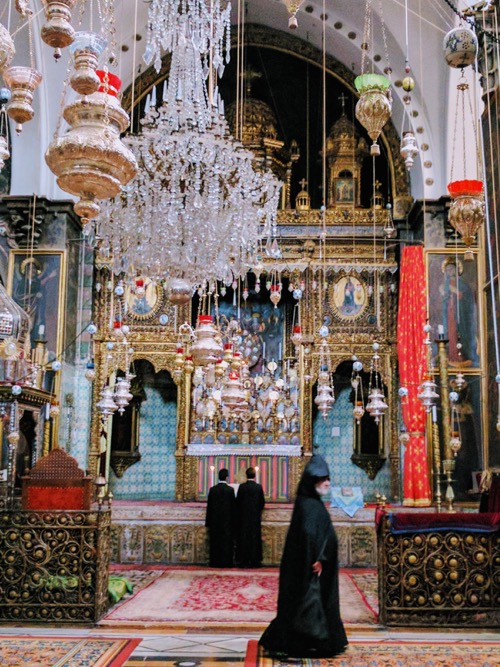 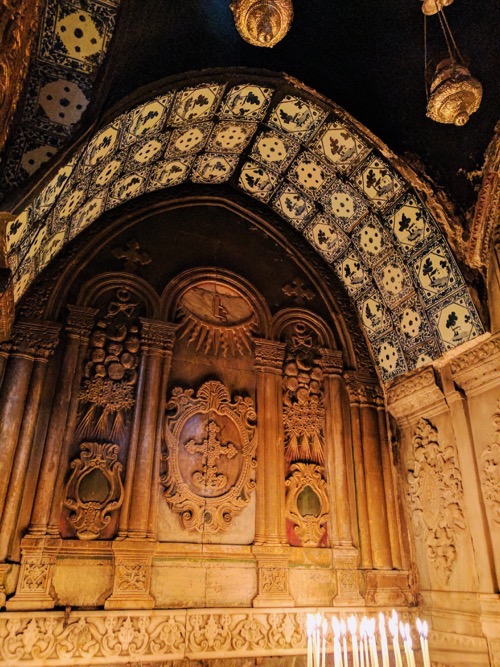 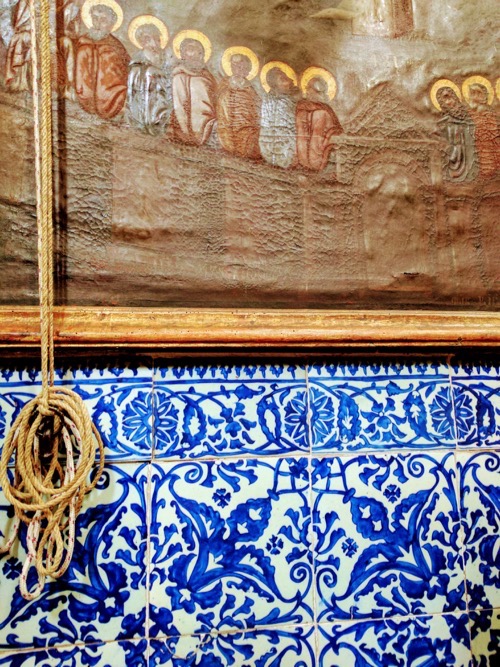 A day later I arrived in Tel Aviv.  I soon realised that I’d left a human scale city of beautiful old architecture, to come to a modern, large city of boxy new apartment buildings by the beach full of busy capitalists. At least that was the first impression.  Tel Aviv is new – much built in the 1930s – and mostly made out of concrete. Back in 1909 most of this city was just sand dunes under the sun.  Still it was much warmer – similar to a winter’s day in Perth – and really not worthy of being seriously called cold. And it was Friday (their Saturday – the first day of the weekend).  People were out in droves, occupying cafes everywhere. I could hardly believe that there were enough stylishly dressed, sophisticated coffee sippers to occupy this number of hip cafes spilling out onto the pavements of Tel Aviv. 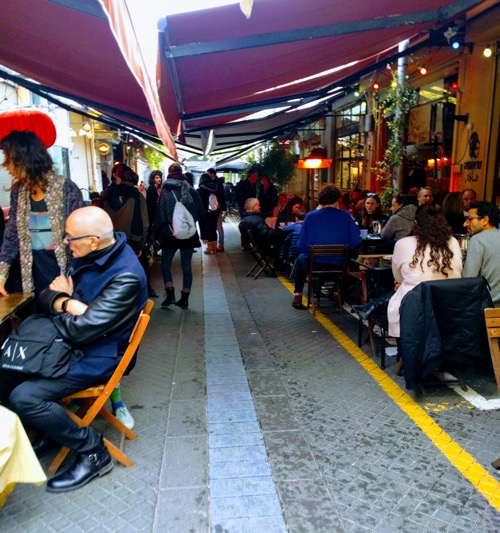 Although Tel Aviv is not a very beautiful city (the apartment buildings are monotonously similar) there are lots of green-leafed trees in the streets; finally I was seeing green again after being in Amman. It seems a large city as it has a good level of density (everywhere is about six stories), but in reality there are less than half a million people here. So how on earth is Tel Aviv slightly larger than Canberra in Australia while having a number of cool cafes to rival Paris? The only answer I could come up with is that this city has a much higher percentage of stylish, gregarious people than most other places I’ve visited. 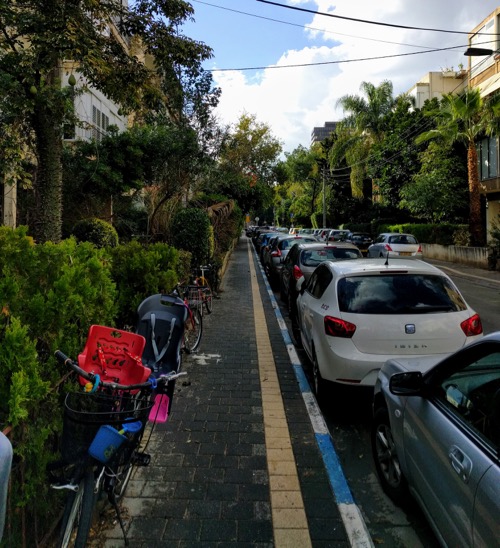 One thing I’m noticing here is that these people are not focussed on displaying their private wealth in material status symbols – having a larger house and flashier car than the guy next door – so much as enjoying life while having a conversation in a cafe with a friend.  Again this is just an impression.  At least in the neighbourhood I’m staying in in North Tel Aviv the street is full of average looking cars – and each apartment building looks more or less the same as the next. The real estate is very expensive but its all similar looking concrete apartments and while that doesn’t make a visually fascinating streetscape, it prevents crass displays of materialism. 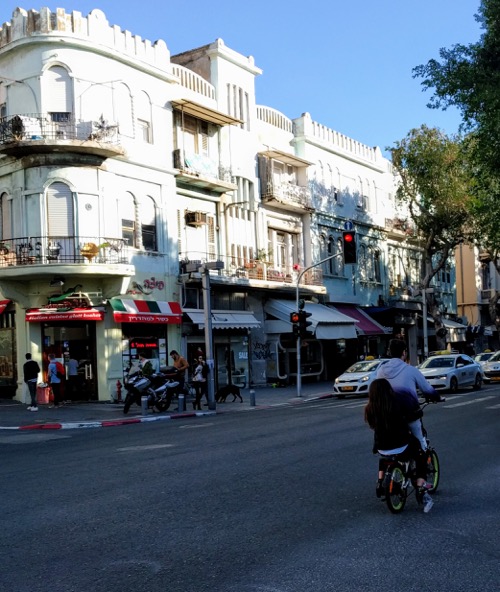 This city is so safe (if you exclude the odd Scud missile every few years).  In terms of street crime it is probably safer than any Australian city.  It has lots and lots of people riding electric bikes up and down dedicated bike lanes on the pavements. 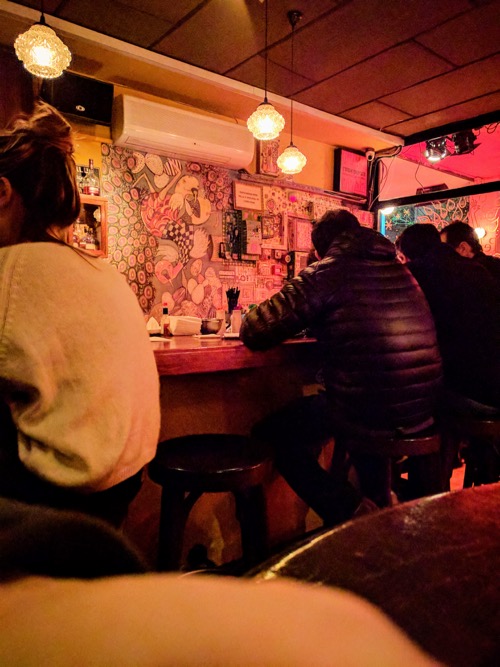