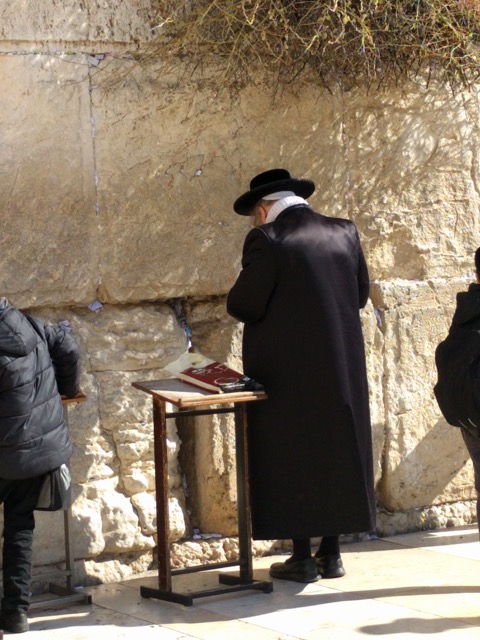 In Jerusalem yesterday I encountered three of the most sacred sites of some of the biggest religions on earth.

First the Western Wall, the most sacred site for Jews worldwide.

Then after some serious security checks and long wait in a line we were allowed up a long wooden walkway, up to the Temple Mount. 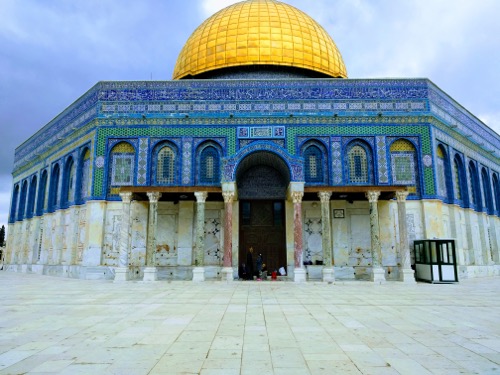 Here we saw the Dome on the Rock, the spot from which the prophet was supposed to ascend to heaven accompanied by the angel Gabriel, and the third most holy site in the world for Muslims.

And then, a short walk away, we entered the Church of the Holy Sepulchre, the place where Jesus Christ was entombed. 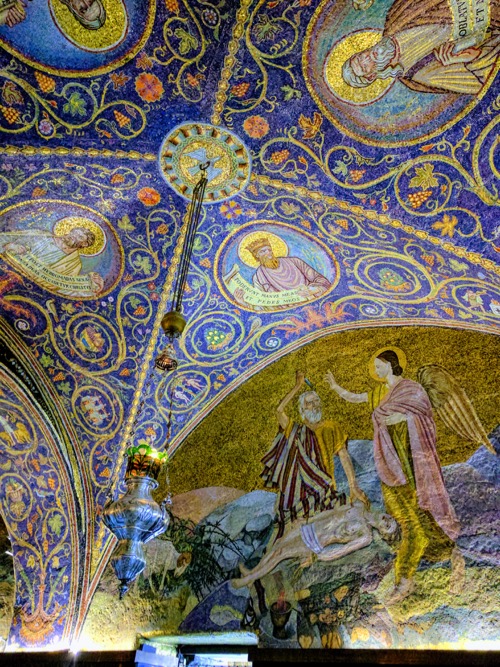 The dimly lit mosaic ceilings in some of the chapels within the church were softly lambent.  The shadows and the hush, the cool and the old stone, the glitter of mosaic art far above on the domed ceilings – all combined to make me feel like I was visiting somewhere very special.

For such a concentration of religious pilgrimage sites, the old city of Jerusalem is remarkably uncrowded and peaceful.

This ancient graffiti inside the Church of the Holy Sepulchre was made by Crusaders almost a thousand years ago.  It reminds me that peace isn’t always assured around here (this should be obvious from the machine-gun carrying police in Jerusalem). 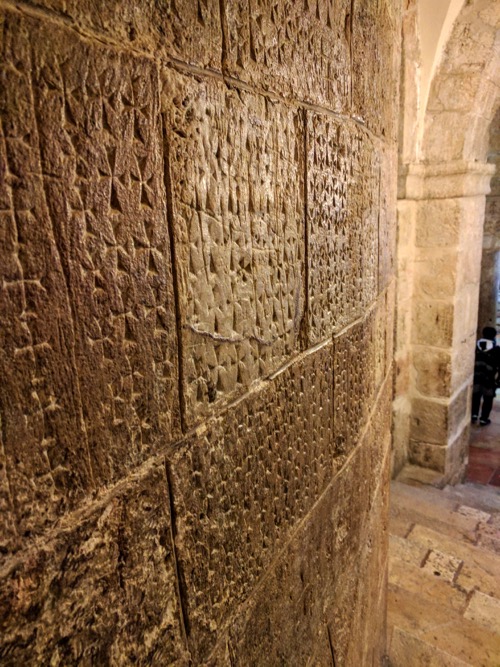 A psychologist at Harvard, Joshua Green, has written that: “Our brains were designed for within-group cooperation and between-group competition. Cooperation between groups is thwarted by tribalism (group-level selfishness), commitments to local “proper nouns” (leaders, gods, holy books), a biased sense of fairness, and a biased perception of the facts.”  I sometimes wish everybody in the Middle East would read his book Moral Tribes.  Its a brilliant exploration of the old problem of Us versus Them in human affairs.  If you don’t have time to read his book you can at least listen to this radio interview.

Jerusalem is a beautiful city – the old city in particular. It is full of white and cream coloured stone, stone blocks in walls and houses that has seen so many centuries of sun and heat, that has been made slippery by so many thousands of pilgrims footfalls, era upon era. While the world has changed, empires have risen and fallen, lives have been lived and left, old Jerusalem has endured.

But then so has tribalism.

In 1838 the English painter Robert Davids sat outside Damascus Gate on the northern side of Jerusalem’s walled fortifications and painted this picture. 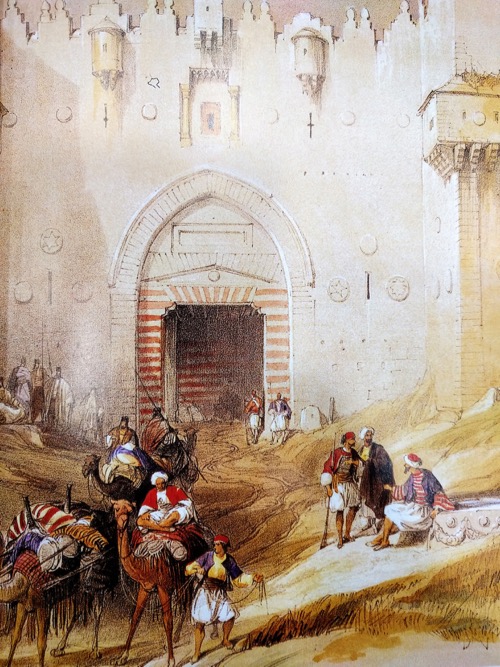 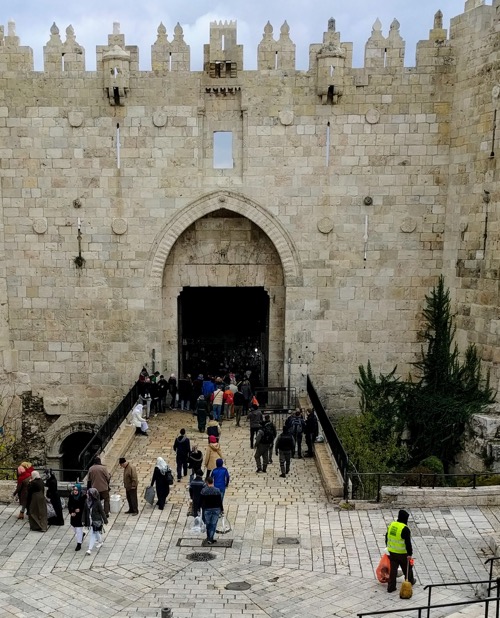 Ok, some things around here have changed.

← Impressions of Jerusalem and Tel Aviv Running with the Masai →