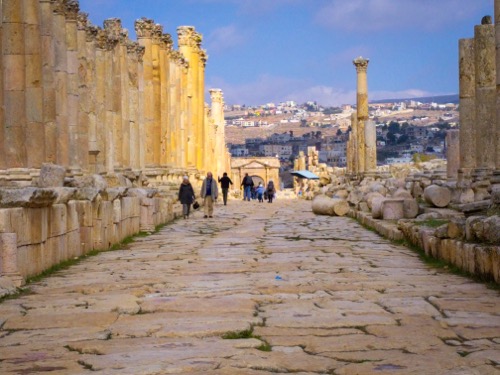 I have been travelling West from Asia.  When I was in Colombo I photographed a golden statue of the Buddha facing the Greco-Roman heritage embodied in Colombo’s Town Hall.  And now I’ve finally reached a real example of the Roman Empire’s built heritage – the city of Jerash in Jordan.  Jerash is one of the best preserved Roman cities in the world, certainly in the Middle East. 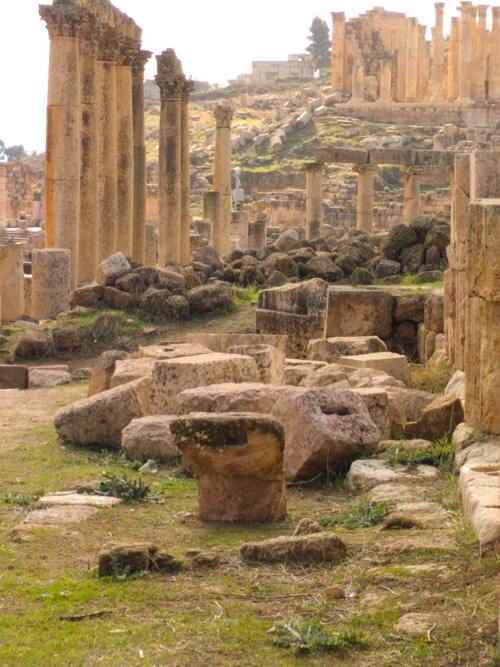 Straight roads are one thing that we take for granted, and which we roll along daily without a thought about their creation or worth.  The Roman roads were legendary for being well designed and durable.  In fact there are some Roman roads still visible in the deserts of Jordan, where sometimes farmers disrupt their shape by ploughing around them.   One of the most impressive Roman roads is at Jerash.  You can still see the grooves created by chariot wheels from two thousand years ago. 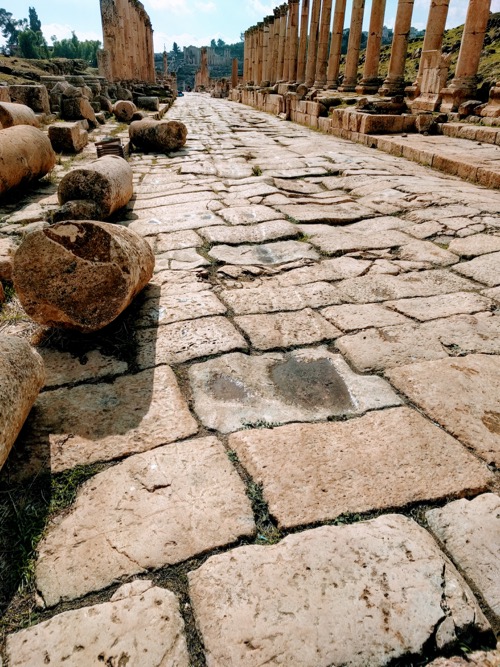 Imagine, if you walked along this road 1000 years ago.  You would have been walking through a very old city – already many, many hundreds of years old.  Its hard to grasp the antiquity of the Roman Empire.

This is a concert hall – still perfectly preserved, even down to details such as the changing rooms. 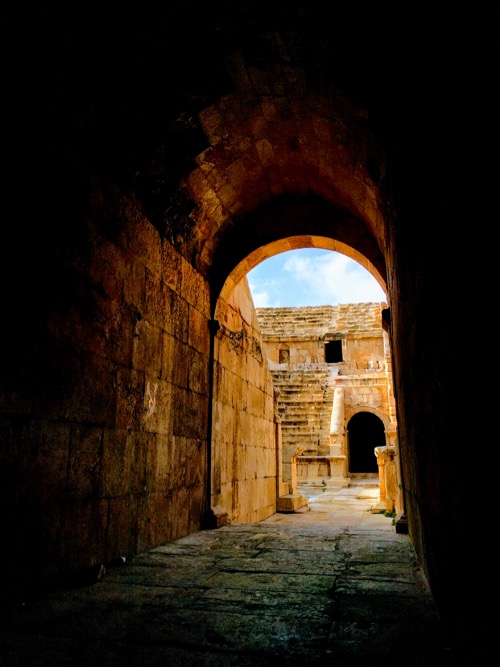 When you arrive at Jerash you first pass through Hadrian’s Arch.  This entrance impressed on me what the civic architecture and stone spaces of the Roman Empire were meant to impress on its own citizens: Glory and Grandeur. 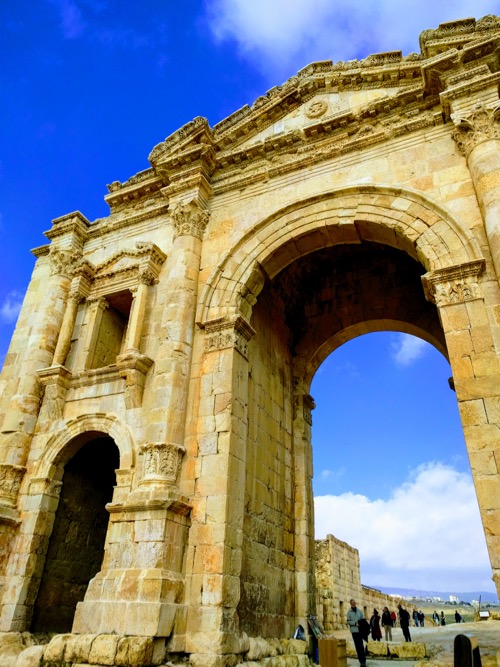 How could you fail to be feel a sense of pride in your society if you were moving through these public plazas, temples and bath houses; places of monumental scale and solidity.  Of course the Romans practiced slavery and blood sports that make us cringe today, but it is hard to deny them respect for having created such great civic spaces.

Modern day Amman, the capital of Jordan, doesn’t have much to boast about in terms of urban planning, or glory and grandeur for that matter.  Much of Jordan’s capital seems ad hoc and chaotic.  However I have now left Jordan to head to Israel and, despite its problems, I miss the brio and grit of Amman’s downtown quarter.  To take just one example, I love Amman’s herb and spices shops… 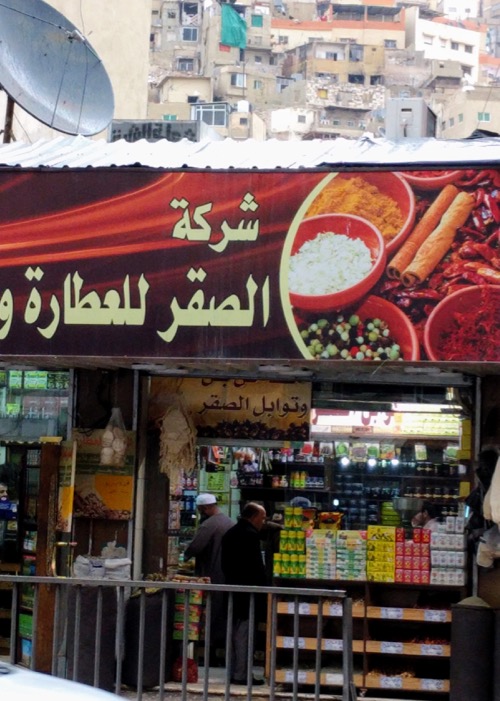 The Middle East as a place of spice merchants is not just a note in the history books. 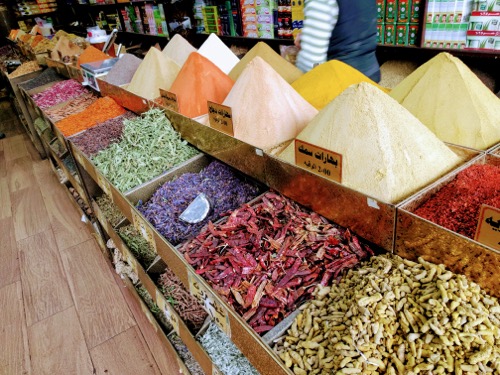 ← We Are Bedu Impressions of Jerusalem and Tel Aviv →