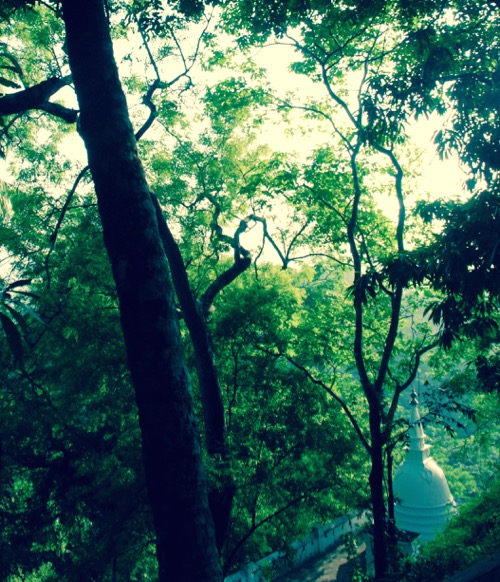 I just arrived in Tangalle.  What a journey… local bus from Galle Fort. Fast paced Hindi music, big buddha in the ceiling with flashing lights, another buddha on the dash board of the bus wrapped in plastic, a driver who swung the old 1970s Leyland bus around corners to the point where any more swing and it would have fallen on its side, so many passengers that people were literally pressing hard up against each others flesh while standing in the aisle… Sri Lankan men who look intently at you and don’t smile, a bus driver who kept breaking so hard that we were thrown forward, and then who would accelerate into oncoming traffic while overtaking and beeping his thunderously loud horn for the 13th hundred time (the driving in Sri Lanka seems to be an extension of the national habit of rudely shoving yourself to the front of a queue), scruffy and ugly ribbon development along the coast for hour after hour… it was tiring and as we drove I revised my intention to visit any more hot and developing tropical countries. 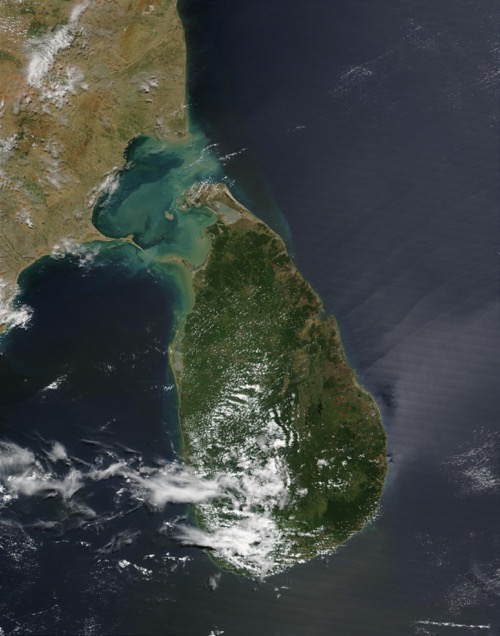 Sri Lanka is a green island.

Here are some of its shades of green. 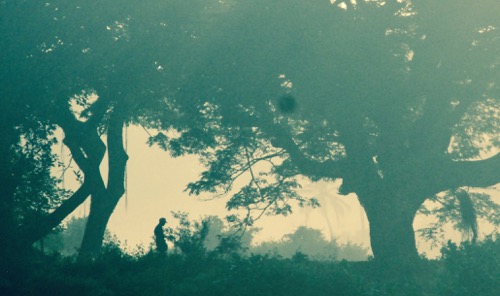 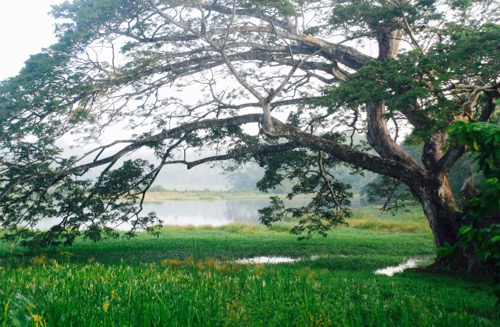 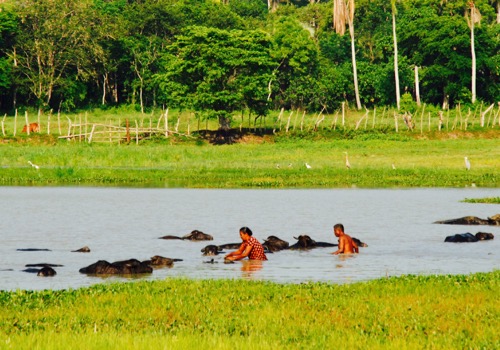 Washing the buffalo in the quiet of the countryside in the morning.  Buffalo curd is produced which is possibly even more delicious than good yoghurt. 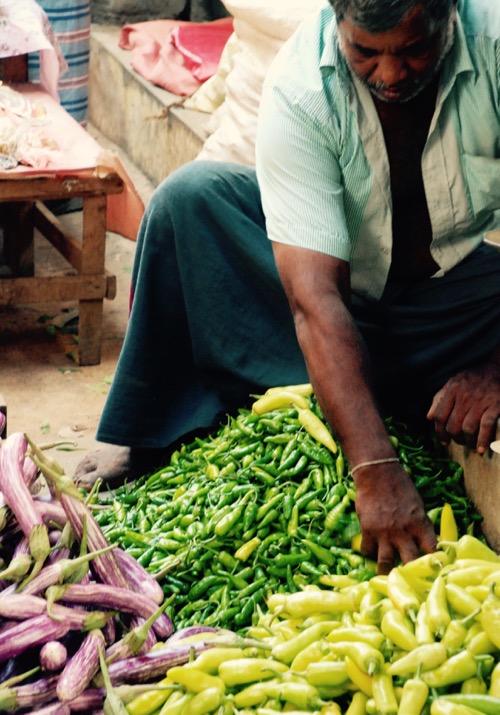 Fantastic food from the local market at Tangalle at very, very cheap prices. 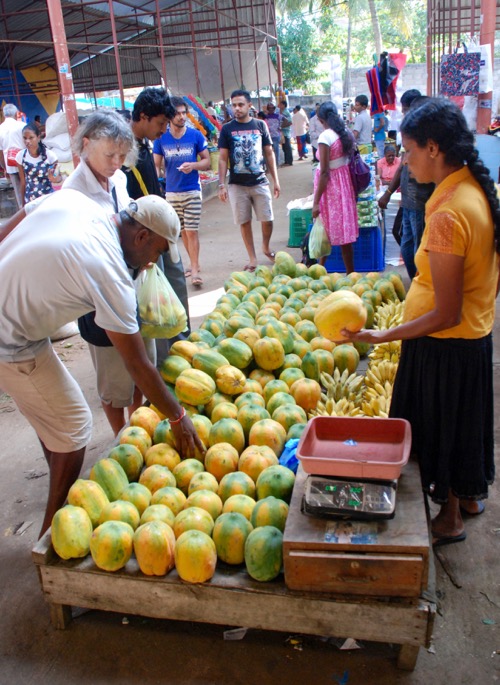 Bananas so good you almost don’t want to eat them back in Australia. 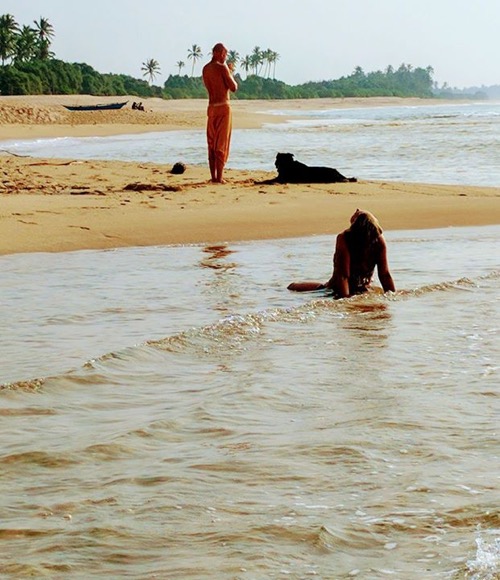 The coast here is long and sandy and coconut tree fringed and the water is warm and soporific in its repeated murmuring on the sand. This morning I watched a German man do yoga on the sand while his girlfriend lazed in the shallows in a bikini. His salute to the rising sun really was a salute to the rising sun, and at the tip of the entire sub-continent and its jewel like extension, Sri Lanka, he faced south and clasped his hands in prayer position. A dog sat on the sand before him. The water sparkled in the early morning sun. His girlfriend lent back and let her hair drop into the water behind her. All seemed calm and well with the world.  And indeed it was.

← Spices and Power in the Indian Ocean Arriving in Jordan →