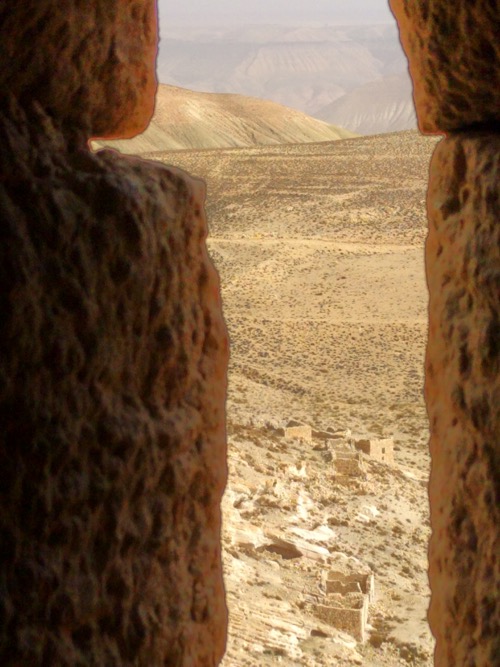 I’ve been at Montreal (known Arabic as Shawbak) Castle, a crusader castle south of Wadi Musa. Standing behind the battlements I had looked through a slit in the stone.  Some of this stone had been built by Christians from Western Europe around 1115 AD in order to take back the Holy Land from Muslims.

Through this slit I saw an almost lunar landscape of barren hills, devoid of trees or refuge. I imagined what this place would have looked and felt like to an English knight from the leafy hills of Dorset or a French chevallier from the wooded valleys of Limousine. It would have been the edge of the known universe to those long dead men.  Looking out of a defensive slit in the heavy stone battlements, they would have seen fierce and alien sands. As I peered through this slit in the stone tower I felt like I was encountering a medieval Western view of the Levant. 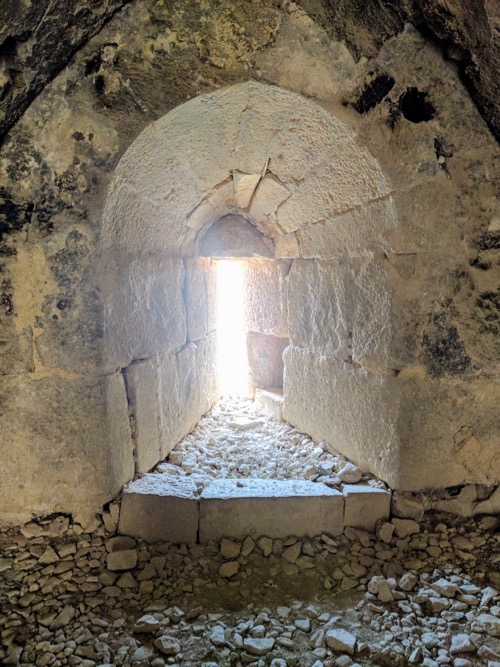