Walking to the Mountain Monastery 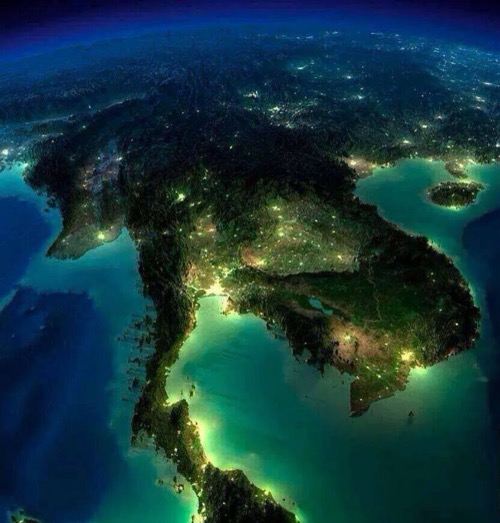 That little dot in the north west of south-east Asia is Chiang Mai.  As you can see there is a lot of darkness around it.  Darkness equals lots of forest and mountains. 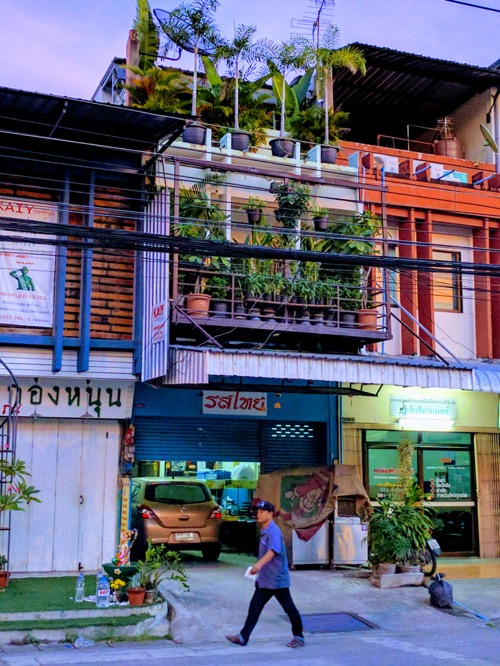 I’ve recently returned from the mountains to Chiang Mai.  Its very much a busy and bustling city, but even here people try to bring some green into their lives.

I remember the first time I came to this place.  Walking down little sois (alleys) with trees leaning over them, past imaginative graffiti art, I noticed people chatting in groups on the steps of their house/shop, people sweeping, cooking, hanging out. I’m reminded of how porous the boundary is between the public and the private here and in many old quarters of historical Asian cities. People live cheek by jowl and the whole breathing neighbourhood is actually worthy of the title: Neighbour Hood. When I think back to rich suburbs in Australia, like Claremont for example, the boundary between the public and the private is a three foot concrete wall.

But enough about life in the Old City of Chiang Mai.  This morning I was heading out to the edge of the city.  En route I stopped in at Wat Suan Dok.  A modern temple, but a splendid structure. 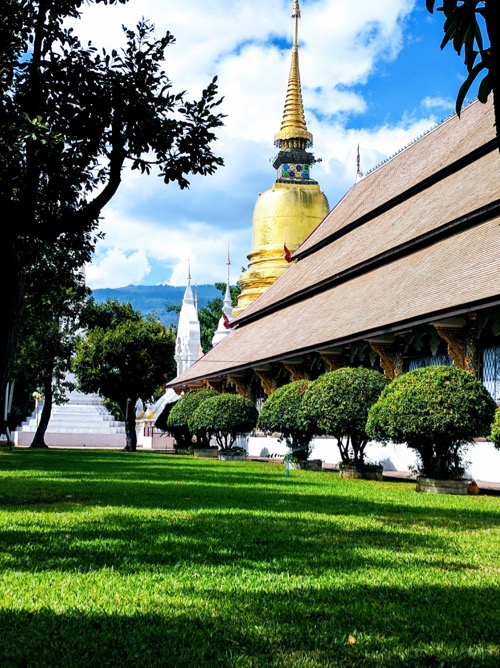 Later, after winding up some steep roads I arrived at the edge of the city.  Thankfully this city ends abruptly where the mountains start.

I walked up the monk’s trail through the forest to Wat Pha Lat.  Unlike the temple at the very top of this mountain, Wat Pha Lat doesn’t receive thousands of Chinese tour groups.  In fact it gets hardly any outside visitors in comparison.

It was a steep and rocky path, and easy to work up a sweat.

Along the way ordained trees appeared along the path. 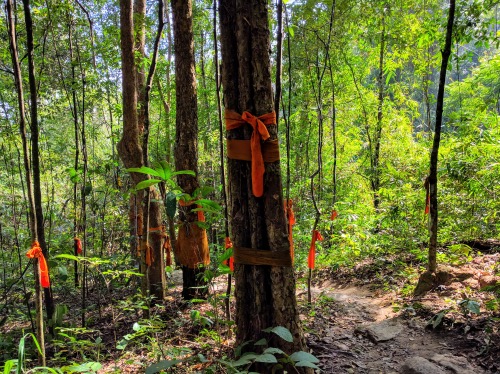 Upon arriving at the temple I found many monks congregating for some kind of ceremony. 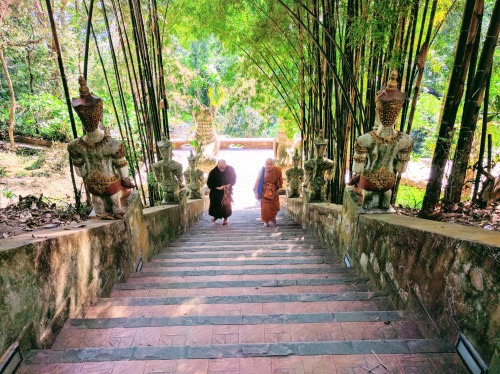 There were several buddha statues amongst the vegetation which caught my eye. 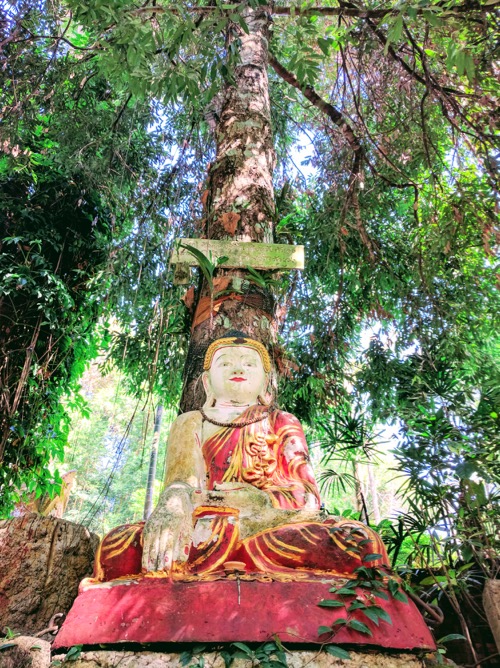 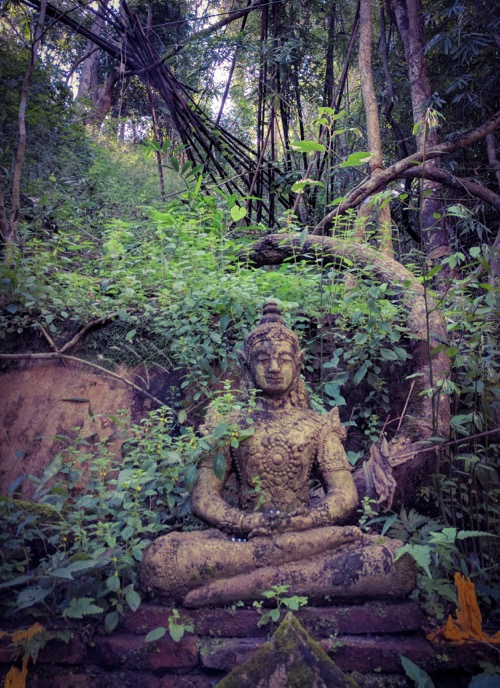 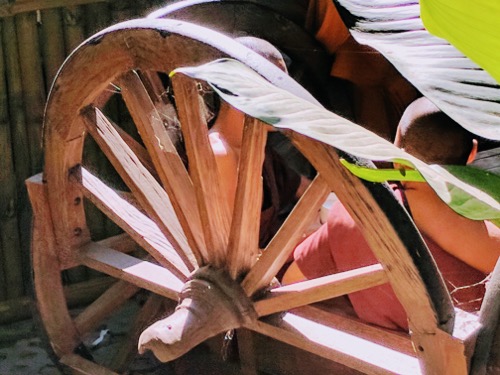 As I walked down to a mountain stream next to the temple I found a message on the path, a kind of commandment for all who enter here. 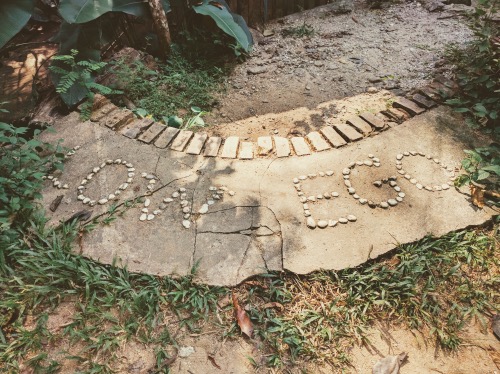